I went into “Batman v Superman: Dawn of Justice” with the lowest of expectations. I found “Man of Steel” to be ultimately boring and was not excited that that film and the Zack Snyder tone was going to be the building blocks on which a DC cinematic world was to be based. Each released preview of “Dawn of Justice” made me have less and less hope, and by the time I went into the movie theater, the best I was hoping for was to watch something to make fun of.

However, this film was actually very entertaining. Every 10 minutes I assessed my feelings, and every time I was shocked that I wasn’t hate-watching this movie. That does not mean that this was a perfect film. There is a lot to nitpick about. The plot only kind of makes sense, there are way too many dream sequences and Oscar-nominee Amy Adams has nothing to do in this film.

The movie also feels both too long and too short. There are so many different plot threads that it seems like they weren’t sure what movie to make, so they decided to just make all of them. There seems to be a good “Man of Steel” sequel movie in there, as well as a decent Batman reboot and Justice League prologue. The problem is that none are able to have enough time to be satisfying.

The same thing happened with “Avengers: Age of Ultron” and “The Amazing Spider-Man 2.” It’s par for the course with movies that are made to forward a cinematic universe, but this film makes much more interesting storytelling choices than those films so that even when they don’t work, they are at least fun to watch.

This film introduces one of the best cinematic Batman we’ve ever seen, with Ben Affleck being able to make Bruce Wayne feel like an actual person who has grown obsessed after his parent’s death. Affleck has just the right mix of smarts and insanity to make Batman work as a character.

Henry Cavill was fine as Superman in “Man of Steel,” but here his character is able to deepen and grow into more of the hero we know. This film is able to at least grapple more with the idea that Superman is an outsider who has to decide whether to be a hero or god.

Jesse Eisenberg as Lex Luthor is unlike any Luthor seen before, and will probably be the most divisive performance of the film. I found him to be great in the role and his weird ticks really added to the idea that Lex always has a plan, but that the plan could change any moment.

One of the most exciting aspects of the film was the cinematic debut of Wonder Woman and this film does her justice. Gal Gadot is great in the role, and though she only has about 15 lines in the entire film (I counted), she instantly makes the idea of a solo Wonder Woman film a success.

Other standouts are Laurence Fishburne as Clark’s boss Perry White and Jeremy Irons as a Alfred who has grown snarky after a lifetime of taking care of Bruce.

Snyder’s skill with visual storytelling led to a couple of spectacular Batman sequences and a Batman/Superman battle worthy of being the title fight. Snyder’s lack of storytelling finesse does rear it’s head when Batman and Superman obviously have to team up but, unlike in “Man of Steel,” that final sequence doesn’t have to last more than 10 minutes.

Before this film, I wasn’t at all excited about a future Justice League and although I can find a lot of faults with the film, I’m now looking forward to seeing more adventures with Batman, Wonder Woman, Flash, ect. So if these type of movies are now just trailers for future films, this one at the very least does its job. 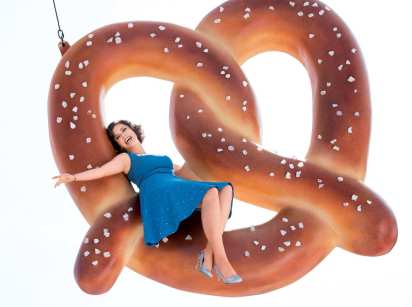 “Crazy Ex-Girlfriend” has had a lot going against it. Between it being on the CW, having an ironic title and unequivocally being a full-blown musical, it shouldn’t still be on the air.

But if this show is for you, it will instantly be one of your favorite shows on television. The songs are phenomenally funny and real at the same time. My favorites are “The Sexy Getting Ready Song,” where our main character, Rebecca, sings about how women prepare for a date, and “Settle for Me,” a love song where a guy asked a girl to give up on her crush and date him instead.

Also, the characters have been fully formed and relatable from the first episode. You have Rebecca, the lawyer who is finally trying to be happy in her life; Josh, an Asian former jock who sees the best in everyone; Greg, a bartender who desperately wants to leave West Covina but can’t find a way to do it; and Paula, who lives vicariously through Rebecca instead of focusing on her own family.

The show has been able to tackle sexism, mental health, bisexuality and modern dating in its first 14 episodes. It has also created the most balanced love triangle in the history of television, where both of the guys make Rebecca a better human being in different ways.

The show has always been on the bubble and may not be renewed, but for now it is great television. Only the past few episodes are streaming, but if you have a way to catch up, I highly recommend it. If you can’t, go to YouTube and listen to the songs over and over again until the show is available on Netflix or DVD.